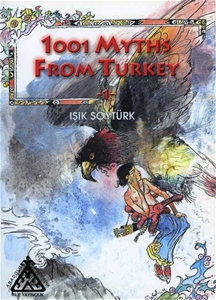 Anatolia, the land of Turkey, spans a wide geographical area. Over the centuries many civilisations have lived in this land. Kingdoms rose, and then fell, and in their place new ones formed. The world's first great empire was formed in Anatolia by the Hitites. After the Hitites came the Phrygians, the Lydians and the lonians... These people created their own gods and goddesses, and told many tales about them. Many of the stories which we know today as the "Greco-Roman mythology" stem from Anatolia. And many of the Greco-Roman gods and goddesses were created by the people who lived in Anatolia. The names of many of the mountains, plains, rivers and towns of modern-day Turkey come from the stories told about these gods and goddesses. Also some of our beliefs and traditions, and many of the names and phrases we use in our daily lives have their roots in these stories. This book tells these stories, and will take you on a magical tour of Turkey!