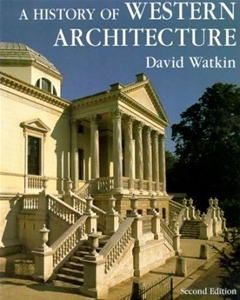 In this highly acclaimed reference work David Watkin traces the history of western architecture from the earliest times in Mesopotamia and Egypt to the eclectic styles of the twenty-first century.

The author emphasizes the ongoing vitality of the Classical language of architecture, underlining the continuity between, say, the work of Ictinus in fifth-century BC Athens and that of McKim, Mead and White in twentieth-century New York.

Authoritative, comprehensive and highly illustrated, this sixth edition has been expanded to bring the story of western architecture right up to date and includes a separate final chapter on twenty-first century developments, including the role of computers in architecture, sustainability, humanitarian architecture and very tall buildings.