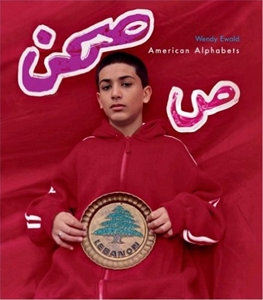 In this artist’s book, Wendy Ewald (Secret Games), a conceptual photographer, investigates the ability of language to create barriers or alliances between groups according to gender, age, and race. In collaboration with children she created four alphabets: a Spanish alphabet with English-as-a-Second-Language students in North Carolina, an African-American alphabet with students at an elementary school in Cleveland, a White-Girls alphabet at a boarding school in Massachusetts, and an Arabic alphabet with students at a middle school in Queens, New York. The book offers an astonishing, playful, and profound look at written language and its power from various cultural perspectives. Ewald raises provocative questions about contemporary society, its divisions and the social power of language, at once liberating and oppressive. The book combines language with photographic images allowing us to see ourselves in a fresh light!My first encounter with language was the alphabet printed in children’s alphabet books. In retrospect, I understand that the words and visual examples these books used to represent letters—a picture of a shiny new car, say, for the letter C—affirmed the world view of the white middle-class girl I happened to be. I grew up assuming that this conformity of written expression to one’s world held true for all children.These projects confirmed the vivid tensions between our formal"ruling" language and the valence of language for people who do not share many assumptions of the general culture. They underlined the way in which the alphabet, the literal font of our literacy, expands our understanding of the self.—Wendy Ewald