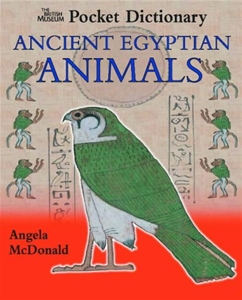 Animals played a significant role in the everyday lives and religion of the people of ancient Egypt and frequently figure in Egyptian art. Many of the signs used in the hieroglyphic script are in the form of animals. Many of the Egyptian gods were identified with animals or shown in animal-headed forms, and sacred animals such as cats, ibises, bulls and even crocodiles were kept in the temple enclosures. Not all animals were admired, or useful: dangerous or venomous creatures such as crocodiles and scorpions were an ever-present hazard to ancient Egyptians living and working around the river Nile. Domestic animals such as cattle, sheep, goats and poultry were vital to ancient Egyptian agriculture, and oxen, horses and donkeys provided transport. The Egyptians admired many animals simply for their beauty or character, and kept cats, dogs, monkeys and gazelles as pets. Exotic animals such as giraffes were imported as curiosities.