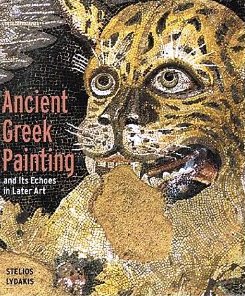 Ancient Greek Painting and Its Echoes in Later Art

In his introduction, Stelios Lydakis notes, "It would be impossible for an art historian to study the works of antiquity without extensive reference to their influence on the art of the centuries that followed." Lydakis provides a complete history of ancient Greek painting from the earliest examples in Crete, Thera, and Mycenae to those of the classical and Roman epochs. Through a multitude of examples, he shows how these ancient works shaped modern ones. The literary references he considers include the works of Lucian, Philostratos, Pausanias, and Pliny the Elder. The works of art reproduced include wall paintings from the Palace of Knossos, Thera, Pompeii, Herculaneum, and Oplontis; vases from the Mycenaean through the Classical periods; reliefs from the Parthenon; and mosaics from Pompeii and Delos. The book also features paintings made in later centuries by such artists as Mantegna, Titian, Raphael, Rembrandt, and Rubens that were inspired by antique models.