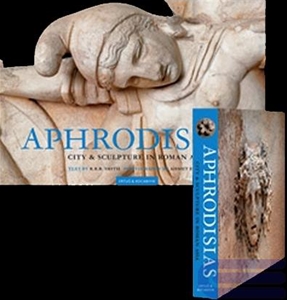 Aphrodisias was a free and autonomous city within the Roman province of Asia, in Western Turkey. It was best known for the sanctuary of its patron goddess, Aphrodite, and for its marble sculptors. The community prospered under the early and middle Roman empire (first-second centuries AD) , when it built a complete set of marble buildings that made the town a proper city in ancient eyes. Aphrodisias sheds valuable light on interaction between Greek and Roman identity, the functioning of empire, religious conflict and accommodation, and transition from antiquity to the Middle Ages. Aphrodisian sculptors are known to have worked abroad on prestigious commissions, for example, at Hadrian's villa at Tivoli.

The surviving body of sculpture is rich and varied. There are statues of gods, heroes, emperors, benefactors, philosophers, and athletes, as well as mythological groups, decorativefigures, and ornamental and figured relief sculptures. Many of the key pieces occupy key positions in the history of Roman art. The sculpture of the city is a legacy of unrivalled importance in this field. The archaeology of Aphrodisias gives a fuller, more vivid picture of later classical art in its ancient context than is possible at any other site.