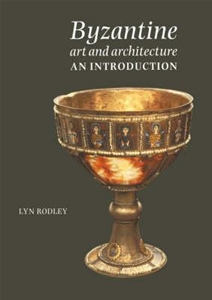 Byzantine Art and Architecture : An Introduction

The Byzantine empire began with the transformation of the Roman empire initiated by the official acceptance of Christianity and the establishment of Constantinople as the capital city. It ended with the fall of that city to the Ottoman Turks in 1453. The art and architecture of the empire reflects its changing fortunes, the development of Christianity, and the cultural influences that affected it. This book offers a systematic introduction to the material culture of the Byzantine empire, from the fourth to the fourteenth centuries. It provides for the student or any other interested reader a compendium of material which is generally difficult to access: much of the writing on Byzantine art and architecture is not in English, and is published as articles in scholarly journals. The book sets out the subject in an accessible manner, describing and discussing by period the surviving material - and that which can be reconstructed from documentary sources - and exploring its social/historical context. The text is copiously illustrated by well over 400 halftones, plans and maps.