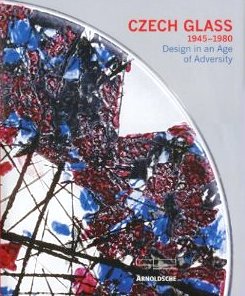 Czech glass art began to develop on a high artistic level after 1945. Little is still known about the early works of artists like Ren, Roub!cek, Stanislav Libensky and his wife Jaroslava Brychtov , or V clav Cigler, Pavel Hlava, Vladim!r Kopecky, and Jir! Harcuba. The crucial factor for the high standards of Czech glass design was the excellent training at the glass institutes of Northern Bohemia in Novy Bor, Kamenicky Senov, and Zelezny Brod, but most importantly the severe demands for quality in design inculcated by the Prague Academy upon nearly all the artists who later became successful. The high quality of Czech glass became known in the West during the 1970s. The artists were acknowledged through their exploration of the sculptural potential of glass and creating new works of art. As a result, Czech glass art established itself as the third European powerhouse together with Scandinavia and Murano. Since the 1980s, it has been the undisputed leader in European glass art.