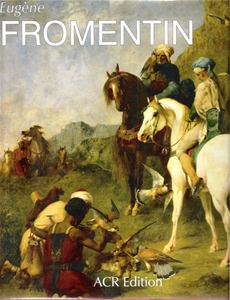 Since the first edition of this book, La Vie et l'oeuvre d'Eugene Fromentin, published in 1987 and awarded the Roger Bonniot Prize by the Academie de Saintonge in 1988, over sixty paintings and drawings by Eugene Fromentin have appeared on the market. To complete the Correspondance generale of this painter and writer, published in 1995, and his intellectual biography, Beaux-arts et Belles-lettres : la vie d'Eugene Fromentin, published in 2006, the authors, James Thompson and Barbara Wright, have produced a revised and enlarged version of their work. To accompany these new images, the text has been up-dated and some black and white illustrations have been replaced by color. Furthermore, James Thompson and Barbara Wright have added, as an Appendix, an illustrated catalogue of nearly all the drawings in the family collection, a collection which remained virtually intact from the death of Eugene Fromentin in 1876 until that of his great-grandson, Erik Dahl, in 1986. This catalogue bears testimony to a unique collection, before its dispersal. Since their authenticity is beyond question, the items in this catalogue constitute a valuable resource in the identification of future paintings which may surface on the market. This new edition will provide the basis for detailed genetical studies of the major Orientalist paintings by Fromentin, while illuminating his talents as a draughtsman.