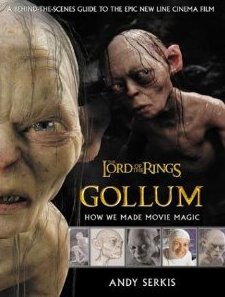 Gollum: How We Made Movie Magic

The official tie-in to The Return of the King, in which actor Andy Serkis relates how he and the team of animators brought Tolkien's character Gollum to life. Film-making history was made when, in The Two Towers, an actor's performance and digital animation were seamlessly integrated to create the world's first totally lifelike animated character. Now Andy Serkis tells his own story about how a three-week commission to provide a voiceover for Gollum grew into a four-year commitment to breathe life and soul into The Lord of the Rings' most challenging screen performance. Fully illustrated with more than 100 exclusive behind-the-scenes photos and drawings from The Return of the King and The Two Towers, and with contributions from the many designers and animators who brought Gollum to life, this book examines the transition to the big screen of one of Tolkien's most popular characters from The Hobbit and The Lord of the Rings.