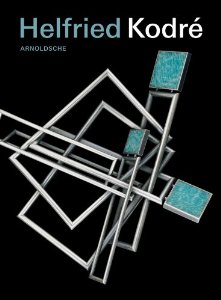 Helfried Kodr, is a pioneering Austrian exponent of contemporary art jewellery. He learnt goldsmithing in the 1960s while studying art history and worked at first with Elisabeth Defner, to whom he was married at the time. From the mid-1970s Kodr, abandoned goldsmithing for a while but after a rather lengthy break, in which he taught at university, he re-emerged in the early 1990s as a jewellery artist. At the outset of his career, his formal bent was towards natural symbolism and organic allusions. Since the early 1990s an entirely different aesthetic informs his work: articulation that is anything but ambivalent, precision of design and formal language. In the work Kodr, has produced in the past fifteen years, on which this publication focuses, the play of volumes and their exciting relationships predominates in a rhythm of expansion, opening and overlapping. A new publication in our Art Jewellery Series , the book centres on the second phase of Kodr,'s career from 1990.