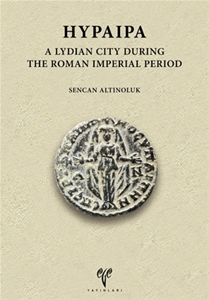 Hypaipa A Lydian City During the Roman Imperial Period

The ruins of the ancient Lydian city of Hypaipa are to be found in the village of Datbey/Günlüce in the Ödemiş district of Izmir. Archaeological explorations at Hypaipa started in early nineteenth century. The first and only official excavation at the site was conducted in 1882 by Demosthenes Baltazzi authorised by Osman Hamdi Bey, director of the Ottoman Imperial Museum. At Hypaipa, known for its beautiful women, the cult of Artemis Anaitis was very famous and was related to the Persian goddess Anahita; consequently, the countermark of Artemis Anaitis was frequently used on the Roman Imperial coinage of the city. The story of Arachne of Hypaipa, turned to a spider by Athena, was well known across the ancient Mediterranean. This book hopes to serve as a reminder of Hypaipa’s legacy, long sunken into silence.