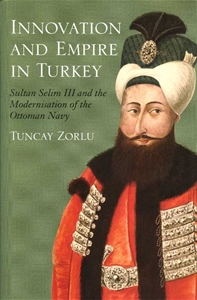 Innovation And Empire In Turkey

Ottoman naval technology underwent a transformation under the rule of Sultan Selim III. New types of sailing warships such as two- and three-decked galleons, frigates and corvettes began to dominate the Ottoman fleet, rendering the galley-type oared ships obsolete. This period saw technological innovations such as the adoption of the systematic copper sheathing of the hulls and bottoms of Ottoman warships from 1792-93 onwards and the construction of the first dry dock in the Golden Horn. The changing face of the Ottoman Navy was facilitated by the influence of the British, Swedish and French in modernising both the shipbuilding sector and the conduct of naval warfare. Through such measures as training Ottoman shipbuilders, heavy reliance on help from foreign powers gave way to a new trajectory of modernization. Using this evidence Zorlu argues that although the Ottoman Empire was a major and modern independent power in this period, some technological dependence on Europe remained.