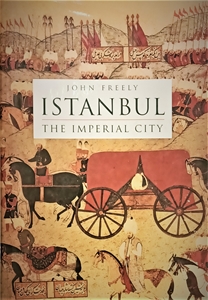 This is a biography of the city originally known as Byzantium, later renamed Constantinople and now called Istanbul. With a population of 10 million, it's the largest city in Turkey, adorned with splendid monuments of both Ottoman and Byzantium empires. This book gives an account of the city's history from the time of its founding up to the present day along with notes on the monuments that have survived from the successive epochs of its past. It's a biography rather than a political or architectural city with the emphasis on the life of the people and of the city.