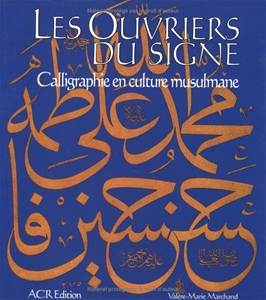 Once upon a time, there was a reed, some paper and some ink. The eye and hand had been very careful with them. There was also a path that seems endless but that might be our own. Once upon a time, there was also a space, an interaction between two letters, an interplay of strength and lines, and a gesture that is much more than a simple technique. Once upon a time, there was also a calligrapher, a master who, for many years, had been happy as a disciple, a craftsman who followed the whims of words and who, in Arabic countries, found his own place... As the title of this book suggests, it is not a mere overview of the techniques of calligraphy, but a work designed to inform and enlighten. As a journey through this unique art, stopping off at many places to take close looks, this work covers the history of the materials used as well as the men who use them, and is written to be accessible to both those familiar with this calligraphy and those unable to read Arabic. Focusing on the echoes, inherent in Arabic culture, as well as the elements of her own culture, Valère-Marie Marchand gives an objective overview of a millennium-old form of expression. She shows how calligraphic acts relate to time and examines the genesis of pen-strokes and how they are a direct translation of emotions. As an initiatory act, in the widest sense of the term, Arabic calligraphy has inspired many contemporary artists. The final chapter of this book focuses on the links between old and the new artists, and shows that within every artist lies the soul of a calligrapher…