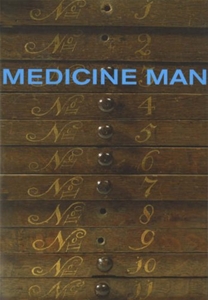 Henry Solomon Wellcome (1853-1936) is well known as a giant in the world of pharmaceuticals, but most people know very little about his other philanthropic interests. This book brings to our attention the Wellcome museum that he set up, initially a collection of curios for his amusement and to aid students in their medical research. Packed full of photographs, these seven essays approach different aspects of the museum and its collection including its priceless and its banal artefacts. Ghislaine Lawrence looks at the development of the Museum for the Science of History, Francis Knight explores the Wellcome library, the archaeological interests of Wellcome are discussed by Chris Gosden where as John Mack turns his attention to medicine and anthropology. The final two essays look at Wellcome's contribution to modern medicine (John Pickstone) and the human remains within this collection (Ruth Richardson). The book accompanies an exhibition at the British Museum.