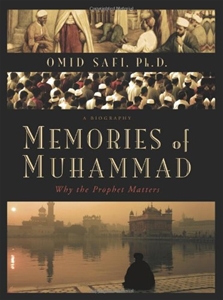 Memories of Muhammad: Why the Prophet Matters

Who was the historical Muhammad, and how do Muslims remember him—as a holy prophet, a cultural revolutionary, a military leader, or a spiritual mystic? Unending media coverage of extremist fanatics, the controversy over offensive cartoon depictions of Muhammad, and fatwas against journalists and authors are all hard to ignore and have prejudiced our Western perceptions of Muslims and their founder. This definitive biography of the founder of Islam by a leading Muslim-American scholar will reveal invaluable new insights, finally providing a fully three-dimensional portrait of Muhammad and the one billion people who follow him today.

Memories of Muhammadpresents Muhammad as a lens through which to view both the genesis of Islamic religion and the grand sweep of Islamic history—right up to the hot button issues of the day, such as the spread of Islam, holy wars, the status of women, the significance of Jerusalem, and current tensions with Jews, Hindus, and Christians. It also provides a rare glimpse into how Muslims spiritually connect to God through their Prophet, in the mosque, in the home, and even in cyberspace.

This groundbreaking book offers the opportunity to move from telling Muhammad's story to talking about how different Muslims throughout Islamic history have both honored and contested Muhammad's legacy.