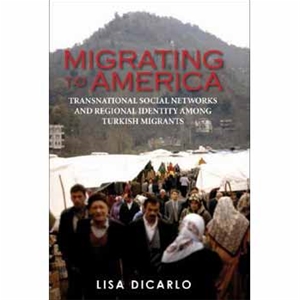 Why do so many Turkish migrants choose to make their fortune in America when the proximity of Europe makes it a less costly risk? Here Lisa DiCarlo offers us new insights into the study of identity and migration. She draws on research and the history of the Black Sea region going back to the early years of the modern Turkish Republic, to explain current Turkish labour migration trends.The forced ethnic migration between Greece and Turkey at the end of the Ottoman Empire stripped the Black Sea region of its artisans and merchants, weakening the economy and resulting in a trend of migration from this area. Through extensive field research Lisa DiCarlo reveals the kinship between Greeks and Turks originally from the Black Sea region. She argues current transnational chain migration from this area is led by regional identity over ethnicity. This strong regional bond leads Turkish migrants from the Black Sea region to follow Greek Black Sea migrants across the Atlantic to America, rather than their Turkish compatriots to Europe.