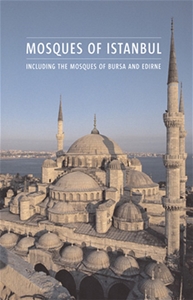 Mosques of Istanbul Including The Mosques of Bursa and Edirne

The mosques of Istanbul represent the splendour of Islamic architecture. Their central domes, rising above the skyline of the city, convey both the ideals and ambitions of powerful Ottoman sultans and the brilliance of the architects who created them. This book places these buildings in their historical, religious and social context. It traces the evolution of the Ottoman mosque from small, 14th-century examples in the first Ottoman capitals, Bursa and Edirne, to those built after the capture of Constantinople in 1453, and to the vast centralised structures commissioned by Süleyman the Magnificent in the 16th century. The daring experiments in space, light and structure devised by Michelangelo's Ottoman contemporary Mimar Sinan constitute a high point of the book, but the innovations of the Baroque and Neoclassical eras which followed are also fascinating.

The author shows how these buildings are set in complexes of social and educational buildings that form the nuclei of neighbourhoods. He also offers insights into Ottoman life and the patronage of the sultans and viziers, as well as powerful women of the court. The book concludes with maps and itineraries for walking tours in Istanbul, Bursa and Edirne that lead visitors through carefully planned sequences of mosques by easy and convenient routes.