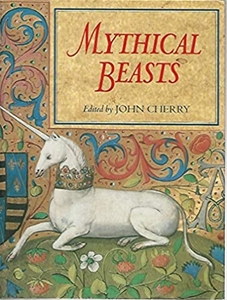 Mythical beasts are creatures of the unconscious. Born of the imagination, they have attracted to themselves myths, legends and stories that are a constant source of fascination. This book enables the reader to enjoy and understand these creatures.
Mythical beasts appear in many forms, from sculpture, tapestry and manuscript illumination to paintings, heraldic devices and even the logos of modern companies. Some combine the parts of different animals or the human and the animal, highlighting the differences between them, while as a group they have come to stand for a wide range of meanings, from the embodiment of evil or the role of guardian to a symbol of worldly love. This book takes four of the most significant - the dragon, the unicorn, the griffin and the sphinx - and shows how, through changing cultures from antiquity to the present, they have provided inspiration for writers and artists. Half-human creatures are explored in a further chapter, and a glossary provides an easy alphabetical reference to many more beasts from art and antiquity around the world.
Written by a group of scholars and illustrated throughout, this book draws on a wide variety of sources to illuminate the roles that mythical beasts have played in many different cultures, showing why they have retained their appeal through the ages.