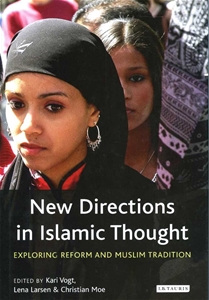 This is an important and prestigious volume showcasing leading progressive Islamic thinkers. It includes new essay by controversial public intellectual and Muslim scholar Tariq Ramadan. It offers strong appeal to policymakers and as well as students and scholars of religion and the Middle East.How are Muslims to reconcile their beliefs with the pressures and imperatives of the modern world? How should they handle the tension between their roles as private citizens and their religious affiliations and identities? This groundbreaking volume shows in what ways prominent Muslim intellectuals have themselves attempted to bridge the gap by recasting traditional Islamic notions in the light of contemporary understandings of equality, justice and pluralism. The contributors to the book examine the tradition that they seek to reform in relation to the human rights ethic of the modern world. The new wave of Islamic thinking which they represent emerges as multi-stranded rather than defined by a single trend or doctrine.Themes covered include a deconstruction of patriarchal interpretations of the Qur'an; the distinctions between universal and context-specific parts of Islamic texts; a re-contextualisation of Shari'a law; and a critique of religious jurisprudence, particularly where this impacts on matters of sex and gender.

Old texts are re-interpreted through the lived situations of real people today. The result is an indispensable portrayal of progressive Islamic thought in the twenty-first century, which will be an invaluable resource for students and scholars of religion, ethics and Middle East studies.