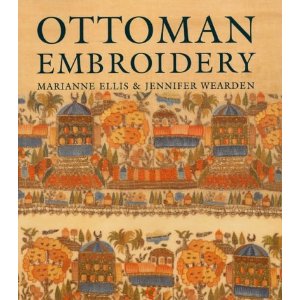 This book is a celebration of the extensive collection of Ottoman embroidery at the V and A which ranges from the middle of the 16th century to 1900. In addition to illustrating over 100 major pieces, an introductory text puts the collection in context, explaining who the Ottomans were and their impact on Europe. The embroideries themselves include pieces such as sashes, kerchiefs and scarves which were made to satisfy the requirements of the Ottoman household and are strongly redolent of an exotic way of life. The embroideries can be divided into pre- and post-1720, when the Ottomans made peace with Central and Western Europe, and incorporated many aspects of Western art into their textile traditions. It was not until the 19th century however, that Ottoman embroidery in the form of towels and napkins began to appear in public and private collections in Britain. The book is illustrated with 145 embroideries which are split into the four most characteristic Ottoman techniques: surface darning, laid and couched, double running and double darning. Above all it is the unique double-sided embroideries that are fascinating to Western observers where the same basic stitch has been used over five centuries. This type of embroidery continues to be carried out today by a few skilled practitioners. All techniques are clearly explained through specially commissioned diagrams, which provide simple guidance and invaluable information for needle workers.