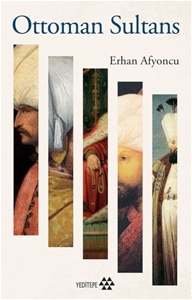 Ottoman Empire is a great empire that ruled for 600 years in three continents. In the territories that it ruled for 600 years, Ottoman Empire was governed by thirty-six sultans.
In this work, these sultans who left their traces in the most glorious days of our history are approached as distinct from their times’ standards of judgement and our contemporary understanding. Dates of birth and death of sultans are addressed chronologically. In addition to this, after informations about wives, children, personalities and regnal years of the sultans are given; significant events are examined with the main lines.