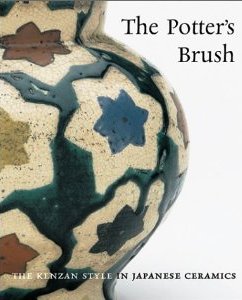 Ogata Kenzan (1663-1743) is celebrated as Japan's first and foremost individual potter. His reputation is both a product of his own time and of the modern age: the esteem in which he was held in Japan was ignited in the West as critics, art dealers, and collectors vied for his colorfully painted and inscribed work at the beginning of the twentieth century. Charles Lang Freer (1854-1919) was the world's principal collector of Kenzan wares, acquiring artifacts ranging from original pieces by Kenzan to late nineteenth-century forgeries. This range is presented here for the first time. The story of Freer's collection uncovers the secret history of the complex relationships between makers and connoisseurs, and between individual creativity and artisanal work, relationships that often operate across centuries. Abundantly illustrated in full color, with a complete inventory of the Freer Collection, this radical survey offers new ways of looking at both the works themselves and the strategies whereby their status has been established in the art world.