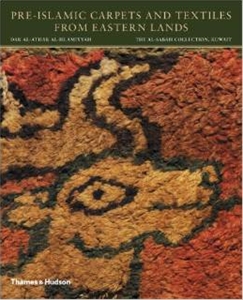 The fourth volume in Thames & Hudsons celebrated series cataloguing the al-Sabah collection, this book features a unique collection of carpets and textile fragments from the pre-Islamic and early Islamic world. The Sasanian fragments fill a substantial gap in the early history of pile carpets, dating from the second to the eighth century ad, and make a valuable contribution of the understanding of local artistic traditions. The second half of the book is devoted to post-Sasanian and Sogdian silks dating from the sixth to the tenth century. A wave of these beautiful textiles has reached the West since the turn of the 21st century, and here they are divided into variants featuring birds, mammals and mythological creatures, which retain their glowing colours and lively charm.