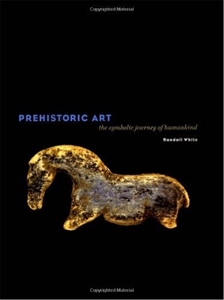 While some prehistoric sites, notably the painted caves at Lascaux in France and at Altamira in northern Spain, are familiar, many more such places are almost unknown. In fact, remains left by prehistoric men and women are far more numerous, and have been found over a much greater territory, including Eurasia, Africa, Australia, and the Americas, than most people are aware. These remains include paintings and engravings in caves and rock shelters, but also decorated tools, weapons, statuettes, personal ornaments, and even musical instruments made of stone, ivory, antler, shell, bone, and fired clay. In Prehistoric Art, anthropologist Randall White presents a global survey, starting with the first explosion of imagery that occurred approximately 40,000 years ago but also including the creations of essentially "prehistoric" peoples living as recently as the early 20th century. Drawing on the most up-to-the-minute research, White places these discoveries in context and discusses possible uses and meanings for the objects and images, opening a fascinating new window onto the history of creative expression.