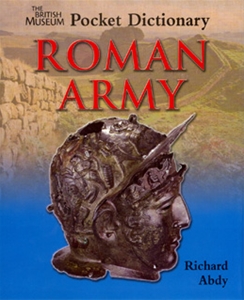 The Roman army supported the largest and most enduring empire of the classical world through its military prowess. What was the secret of its success? British Museum curator Richard Abdy here explains that it was not superior weaponry but rather organization and methodical tactics; Rome maintained a professional army of career soldiers, ranked into centuries, cohorts, and legions and rigorously trained. Abdy defines the Roman army in detailed entries, heavily illustrated with color photos of Roman ruins, contemporary landscapes, artifacts and coins in the British Museum, and re-enactors in uniform.