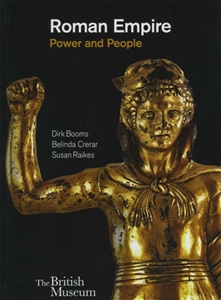 Although the wealth, might and organization of the Roman Empire confirmed its dominance and power in the ancient world, provincial traditions flourished and heritage was cherished in the face of overwhelming change. Through telling the stories of ordinary people and highlighting the latest international research, this exciting book explores the rich variety of traditions of the sub-cultures of the Roman Empire, revealing how the people of the Roman Empire identified themselves, but also how they were seen by others. This richly illustrated book features some of the British Museum’s finest pieces from the Roman period, including sculpture from the villas of the emperors Tiberius and Hadrian, coins from the famous Hoxne treasure, beautiful jewellery and even near-perfectly preserved children’s clothing.