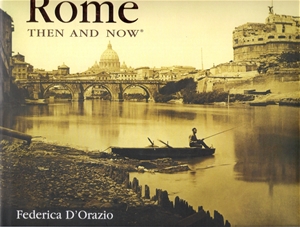 ROME then and now

Rome's origins are so ancent that they have become almost nythical. The center of an enourmous and sophisticated empire for centuries, Rome's decline and fall were as spectacular as the gladiatorial games that took place there.

Today, Rome continues to evolve, surrounded by art and architecture that boast of its past glories. Its magnificent buildings, such as the Colosseum and Castle St. Angelo, date back to the beginning of the first millennium, adding a rich sense of history to this modern city. Italy's capital and still the center of the Catholic faith, Rome is as bustling, lively, and popular now as it was when people flocked from all over the ancient empire to witness its splendor.