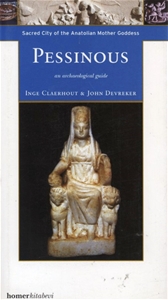 Pessinous, the sacred city of the Anatolian Mother Goddess Kybele, is situated centrally on he Anatolian plateau, about 150 km southwest of the capital Ankara. A major part of the ancient city is situated under the modern village of Ballıhisar. According to tradition, the site dates back to the Phrygian era as a cult site and settlement. The famous King Midas himself is supposed to have founded Pessinous and erected the first sanctuary of Kybele in the 8th century BC. The cult of the Mother Goddess spread first across the Greek world and then from Pessinous throughout the Roman Empire, and conquered the classical world.

The excavations that have been carried out at the site since 1967 by the Belgian Archaeological teams of Ghent University have unearthed the heart of ancient Pessinous.