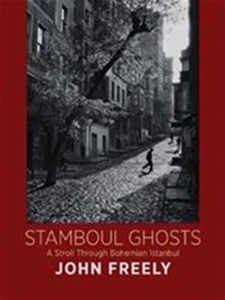 With the exception of Oğuz, so thin that he was known as The Ghost because he barely cast a shadow, everyone in John Freely’s rumbustious memoir, including the author himself, is larger than life. Bohemian Istanbul was a haven for myriad misfits who found their feet in the city. Glamorous, eccentric, cosmopolitan and frequently anarchic, they included the ‘berserker’ Peter Pfeiffer, a resourceful exile with three passports, Aliye Berger, the beautiful queen of bohemian Pera, the writer James Baldwin and, fleetingly, the future Pope John XXIII.

‘Would James Baldwin have felt quite so liberated in Istanbul if he had not been a frequent guest at John Freely’s parties and experienced that Never Never Land sense of bohemia among the expatriate faculty in an outrageously beautiful campus overlooking the Straits?’

‘The beautiful images that adorn this memoir are by the great Ara Güler. His work as a photojournalist for Magnum took him all over the world, and his archive of 800,000 negatives contains likenesses of Salvador Dalí, Alfred Hitchcock, Willy Brandt, John Berger, Maria Callas, Bertrand Russell, Pablo Picasso and Indira Gandhi, among others. But it is his chronicling of mid-twentieth-century Istanbul for which he is most loved.’