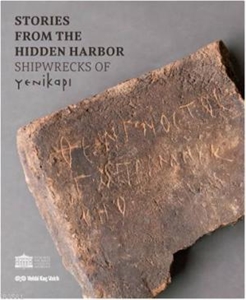 Stories From The Hidden Harbor Shipwrecks of Yenikapı

In 2004, the Istanbul Archaeological Museums started large-scale salvage excavations at Yenikapi within the scope of Marmaray-Metro projects. For the first time in Istanbul's history, archaeological excavations were conducted at one of its Byzantine harbors. When the excavations started, it was not known what this ancient harbor at the mouth of the Lykos (Bayrampaşa) River would yield. At first, Ottoman remains were encountered in the excavation area, which covers over 58,000 square meters. Then, one of Constantinople's most important, and the world's best known harbors, the Theodosian Harbor, was reached only 1 meter below sea level.

During the ongoing excavations, countless small finds and works of architecture were unearthed. In addition to wood and rope fragments, an unexpected find, a shipwreck, was found in 2005. As the excavation area expanded, a total of 37 ships dating between the 5th and 11th centuries were brought to light. Among the finds are very well preserved small and large merchantmen, as well as galleys from the Middle and Late Byzantine periods, which have been found for the first time. The Yenikapi wrecks constitute the largest collection of shipwrecks ever found together.Another surprise was waiting for the archaeologists 6,3 meters below sea level: Istanbul's oldest settlement. This Neolithic settlement dates back 8000 years and changes the writing of Istanbul's history.

The footprints of istanbulites who lived there thousands of years ago were found a few meters below.As the excavations go on uninterrupted, we have now acquired much new information about the city. This exhibition has been prepared in light of the finds from Yenikapi and their scientific study. It presents a section of the city from its first inhabitants to the present, and allows a multidimensional view of trade, seafaring, shipbuilding technology, and everyday life in Constantinople through four wrecks that were found together with their cargo.