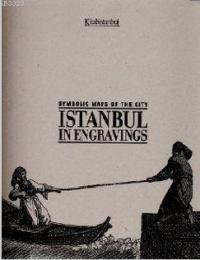 Symbolic Maps of the City: Istanbul in Engravings

Throughout history, Istanbul has been the most important historical, cultural, economic, trade and political center in the region. This legendary city, a point where Europe and Asia meet and where two seas join, has a characteristic that deeply affects not only the region, but, indeed, the whole world. It is not possible to find an era in which Istanbul has not been involved; many civilizations have taken on their historical depth here and the Turkish-Islamic culture was developed here, taking on its best form on this soil. From the era when trade routes between continents were developed up until the presedent day, Istanbul has formed the intersection of three regions, without having lost any of her importance. Sge has reigned over all these regions, from the Balkans to Europe, from the Middle East to the Caucasus and to Asia. Therefore, Istanbul is the place that has implemented and made use of the creative and productive sources in the best possible manner. When trying to understand the reason for this characteristic of being both multi-dimensional and beyond time, it is necessary to look at the past from a perspective that indicates the future, to go beyond one particular slice of time. The way to do this is throught engravings. Engravings, as the name suggest, are a way to withstand the ravages of time. They carry the past to the future generations.