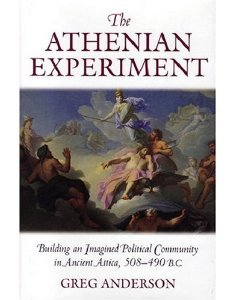 In barely the space of one generation, Athens was transformed from a conventional city-state into something completely new--a region-state on a scale previously unthinkable. This book sets out to answer a seemingly simple question: How and when did the Athenian state attain the anomalous size that gave it such influence in Greek politics and culture in the classical period? Many scholars argue that Athens's incorporation of Attica was a gradual development, largely completed some two hundred years before the classical era. Anderson, however, suggests that it is not until the late sixth century that we see the first systematic attempts by the Athenian polis to integrate all of Attica.
Anderson first takes issue with the prevailing view of Cleisthenes' landmark political reforms of 508-7 b.c., arguing that they were animated by a more comprehensive vision of regional political community in Attica. The Athenians' strengthened the state by establishing institutional mechanisms that would allow inhabitants of the Attic periphery to participate as never before in the life of the center. The creation of a suitable physical setting for the new order was accompanied by religious, military, and symbolic innovations. Regional participation in Athenian affairs was stimulated by encouraging the Attic populace to imagine themselves, for the first time ever, as members of a single, like-minded, self-governing political community.