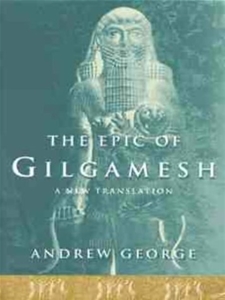 The Epic of Gilgamesh

THE EPIC OF GILGAMESH is the tale of one man's struggle against death. Not content with the immortal renown won by reckless deeds, the hero of the epic seeks immortality itself and journeys to the ends of the earth and beyond. The epic was originally the work of an anonymous Babylonian poet who lived more than 3,700 years ago. He composed the epic in Akkadian language, but the literary traditions of Gilgamesh go back even further to five poems in Sumerian. All these texts are today being reconstructed from the many thousands of clay tablets recovered in the past century and a half from the mounds that bury the cities of ancient Mesopotamia.