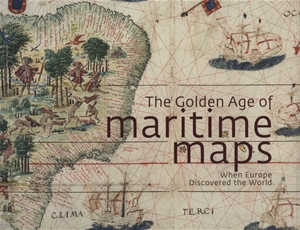 The Golden Age of Maritime Maps: When Europe Discovered the World

First appearing in 13th-century Italy, portolan charts were parchment atlases prized by sailors as navigational aids, and were used to interest wealthy sponsors in empire-building. Shown here in more than 200 color reproductions—with some two-page spreads up to 10 × 21½ inches wide—these maps are also striking works of art, often exhibiting what we might now consider a firm grasp of global geography. Here too are some flights of fancy, including a depiction of Caucasian pygmies battling fierce, oversized cranes. The book's essays trace how portolan charts were used to document the Mediterranean Sea and the Atlantic and Indian Oceans, where Europeans depended on existing Arab and Asian maps.