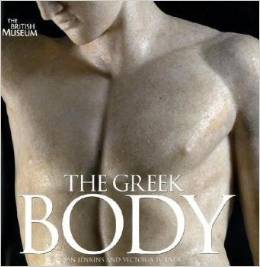 The ancient Greeks perceived the human body as an object of sensory delight and its depiction as the expression of an intelligent mind. This sumptuous photographic book explores ancient Greek sculptures of the body from every angle. With an introduction outlining the use of the body in Greek art from the prehistoric simplicity of Cycladic figurines to the realism of the Hellenistic age, seven thematic sections then feature stunning photographs of close ups taken from the British Museums outstanding collection of marble, bronze and terracotta sculpture. The gods and heroes of Greek religion and mythology are conceived in the image of mankind, as supermen and superwomen, while other supernatural beings such as centaurs and satyrs combine human with animal parts as symbols of their otherworldliness. Human shape is also given to the inanimate phenomena of nature, such as wind and moon, as well as intangible human experiences such as sleep and death. A salient feature of Greek art is human nudity, which was celebrated rather than considered shameful. The great majority of female nudes that have come down to us are representations of Aphrodite, goddess of erotic love. In the Hellenistic age, Alexanders conquest and hellenisation of the peoples formerly included in the Persian empire created a new and cosmopolitan world. Greek artists were made more aware than ever before of the ethnic diversity of humanity and delighted in representing and classifying humankind in all its variety young and old, fat and thin, beautiful and ugly, freeborn and slave, pauper and wealthy, able and disabled, moral and immoral. The Hellenistic period, more than any previous, was also truly an age of portraiture, reflected love in compelling and unusual images.