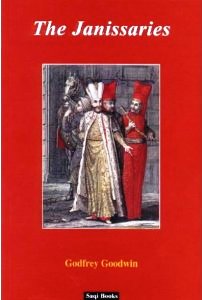 From the fifteenth to the sixteenth century, the janissaries were the scourge of Europe. With their martial music, their muskets and their drilled march, it seemed that no one could withstand them. Their loyalty to their corps was infinite as the Ottomans conquered the Balkans as far as the Danube, and Syria, Egypt and Iraq. They set up semi-independent states along the North African coast and even fought at sea. Their political power was such that even sultans trembled.

Who were they? Why were they an elite? Why did they decline and what was their end? These are some of the questions which this book attempts to answer. It is the story of extraordinary personalities in both victory and defeat.

The book begins by exploring the origins of the janissary corps with the careful selection of youths from Christian families in the Balkans. It then introduces the pillars of the Ottoman state which these recruits were to serve. The Ottoman armed forces are reviewed, followed by a panoramic survey of the victorious years of this elite corps--culminating in the glorious conquest of Hungary and the establishment of the Danube frontier.