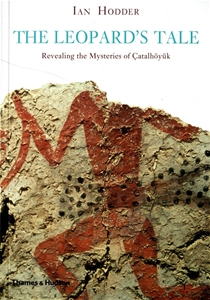 The Leopard's Tale: Revealing the Mysteries of Çatalhöyük

The Neolithic mound of Çatalhöyük became internationally famous in the 1960s when an ancient town—one of the oldest in the world—was discovered together with wonderful wall paintings and sculptures, many featuring images of leopards. The excavations changed our under- standing of the early farmers who started the road to complex civilization, but many questions were left unanswered until the early 1990s when new research began under the direction of Ian Hodder.

The book begins with a puzzle: leopards are a central part of Çatalhöyük's art, but virtually none of their remains have been found. In solving this mystery, the reader is led into the elaborate social and symbolic world of Çatalhöyük—a world where people were buried beneath the floors of houses, later to be exhumed and decapitated, and the head handed down from generation to generation.

This lively firsthand account of a major archaeological site is full of insights into past lives and momentous events, and is richly illustrated with images of the art, the artifacts, and the excavations themselves.