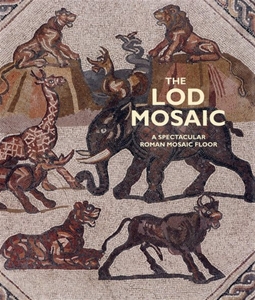 In 1996 a series of exquisite Roman mosaic floors was accidentally uncovered during highway construction in the modern Israeli town of Lod. The mosaics featured elegant and superbly crafted animals, fish, birds and other creatures, dating to around AD 300. They probably belonged to a private house and served as a series of reception or audience halls, where visitors would have been met and entertained. The mosaic has just completed a world tour that included the Metropolitan Museum in New York, the Field Museum in Chicago, the Louvre in Paris, the Altes Museum in Berlin, Waddesdon Manor in England and the Hermitage in St Petersburg, among other prominent venues. It will now be based at its new home at The Shelby White and Leon Levy Lod Mosaic Archaeological Centre in Lod, Israel. Published with the Israel Antiquities Authority to celebrate the new museum's opening, this lavishly illustrated volume will be the only book on this exceptional archaeological find. Featuring sumptuous photography and an accessible and informative text, this captivating volume will be essential for all those interested in Roman mosaics and the fascinating history of the region.