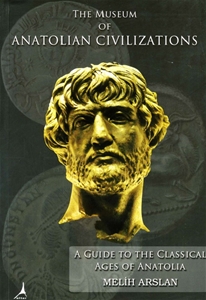 The Museum Of Anatolian Civilizations

The earliest archaeological finds in the region of Ankara date to the Paleolithic period. Intensive work on the Paleolithic took place particularly during the early years of the Turkish Republic. The vicinity of Maltepe and its Coal Gas Factory (Maltepe Havagazı Fabrikası), the work fields of the Institute of Agriculture (Ziraat Enstitüsü), Gazi Institute of Education (Gazi Eğitim Enstitüsü), Ludumlu, Eğmir and Mogan Lake, Gavurkale, Etlik, Keçiören and its vicinity, Hacı-Kadındere, Ergazi, Etiyokuşu, Güdül, the village of İlhan, Dikmen and Çaldağ, Hüseyin Gazi, Çubuk Valley, the village of İvedik, Etimesgut, Eryaman, Çayyolu (specifically Çayyolu Sondurak) and Karaköprü, Sincan, Karaşal, Sındıran-Yanıktarla, the vicinity of the villages Peçenek and Dodurga; they are sites yielding Paleolithic period chipped stone tools. These stone tools display a number of characteristic features that help date these artifacts to various periods between the Lower Paleolithic and Epipaleolithic periods. Research publications indicate that most of these stone tools were not found in situ but were moved from their original spots. Ankara and its vicinity were intensively inhabited during the Paleolithic period. Only a single site has so far been located, however, for the following Mesolithic/Epipaleolithic period. Kansu and Ozansoy collected numerous microliths at Macunçay; they have been identified as Mesolithic.There is, as of yet, no excavated Neolithic period site in Ankara and its vicinity. There are difficulties identifying and analyzing the Chalcolithic period in the region of Ankara. The problem for the Neolithic period applies here also. There is, as of yet, no excavated site clearly dating to the Chalcolithic period. There are a few settlements that can merely be dated to the Late Chalcolithic/Early Bronze Age Transition period. A number of important sites dating to the Early Bronze Age II and III (2500-2000 BC) have been identified in the province of Ankara. The first of these is Etiyokuşu, just near the Stream of Çubuk (Çubuk Çayı). The excavations were headed by Ş.A. Kansu in 1937. Three levels of occupation were unearthed in the settlement of Etiyokuşu. The finds of Etiyokuşu indicate that it was a village settlement built upon stone foundations and mud brick walls, dating to the Early Bronze Age II-III. Furthermore, structures with circular stone foundations (a well-pit or barley silo) have been identified. There are also the settlements Ahlatlıbel and Koçumbeli very near Ankara central, vital for understanding the Early Bronze Age in the region. In 1933, H.Z. Koşay identified.