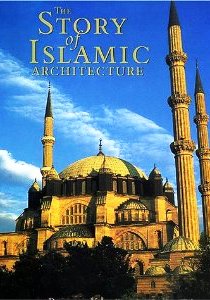 The Story of Islamic Architecture

Despite growing interest in Islamic architecture, introductions to the subject which go beyond the superficial are scarce. Employing a broad historical narrative, The Story of Islamic Architecture introduces the religious, social, and political influences that have shaped the Islamic architectural form, while revealing an architectural splendor unfamiliar to most Western readers.

Painter and educator Richard Yeomans interweaves historical fact with precisely detailed descriptions to trace the genesis and flowering of Islamic architecture in the various Muslim regions of the world including Spain, the Maghreb, Egypt, Syria, Turkey, Persia, and Central Asia, ending at the farthest point East in India. The volume includes a brief introduction to Islam and to the theological attitudes which determine the form and function of its art and architecture.

The Story of Islamic Architecture is fully illustrated with over 200 striking color photographs, and includes a comprehensive glossary of architectural terms. Yeomans' flowing, clear, and engaging narrative captures not only the shapes and colors of this architecture, but even the sounds of activities that take place in the space defined by it.