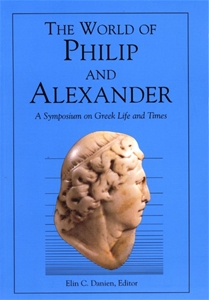 he magnetism of the man known as Alexander the Great, along with that of his father, Philip of Macedon, is almost tangible, felt by people in all times since that brilliant young conqueror moved through the world more than two thousand years ago. Scholars whose fields touch that power continue to be intrigued by these two men and the ways in which their actions altered or contributed significantly to Western culture.