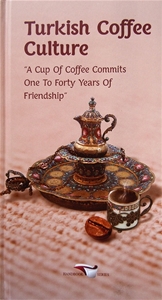 Possibly the cradle of mankind, the ancient land of Abyssinia, now called Ethiopia, is the birthplace of coffee. Situated at the conjunction of the African and Arab worlds known as the Horn of Africa, the mountainous country, split down the middle by the earthquake-prone Great Rift Valley, has a biblical quality-and little wonder. Across the nearby Red Sea, further to the north, Moses led his people to freedom.

The Queen of Shcba later descended from the Ethiopian mountains to join King Solomon in Jerusalem, and, according to legend, she founded the Axum dynasty that established its rule in the first century A.D. (a monarchy that continued, with a hiatus between 572 and 1270, until 1974, when Haile Selassie was deposed).