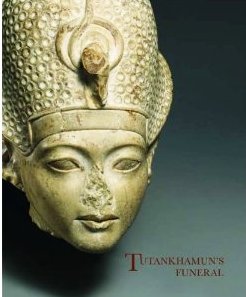 In 1907, more than a decade before the discovery of Tutankhamun’s tomb, archaeologists unearthed remains from the mummification and funeral of the pharaoh, who ruled ancient Egypt in the 14th century B.C. Now in the collection of The Metropolitan Museum of Art, these materials provide physical evidence of burial rites of the now-legendary king, who is making headlines once again after new scientific investigations to determine the cause of his early death.
Tutankhamun's Funeral includes a classic text written in 1941 by Herbert E. Winlock, one of the early 20th century’s leading Egyptologists, featuring in-depth analysis of the objects and their significance. In addition, an introduction and appendix by Dorothea Arnold update the findings with recent scholarship. The book is illustrated throughout with new color photography as well as many historical images and drawings.