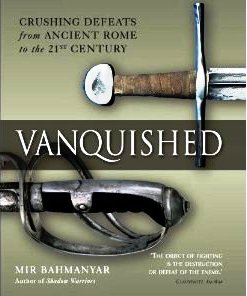 Vanquished: Crushing Defeats from Ancient Rome to the 21st century

Throughout time, violent battles and bloody clashes have changed the course of history and shaped nations or empires. Battles of annihilation are rare, but ever since antiquity a stunning victory on the battlefield, even if it has failed to win the war, has captured the imagination of many. The battle of Cannae in 216BC, where Hannibal destroyed an entire Roman army, has become legend, inspiring generations of military thinkers to discuss and imitate this feat. Usually written off as incidents of luck, some argue that it is not possible to completely destroy the enemy, although historic engagements have proved that annihilating the opponent can be achieved, at least on a tactical level. In this book Mir Bahmanyar examines battles of annihilation throughout history, some well known, others less so, but all equally extraordinary, to discover what sets these engagements apart, whether they achieve a decisive strategic advantage in war, and why there are fewer battles of annihilation in modern times.