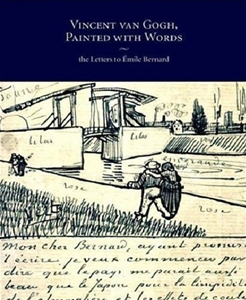 This important, groundbreaking publication contains the illustrated letters between two great modern artists–Vincent van Gogh and Émile Bernard. The original letters were previously in private hands and have not been seen for approximately seventy years. Here they are published in association with the Van Gogh Museum in Amsterdam and an exhibit at The Morgan Library & Museum in New York. In addition to the letters, the book also includes paintings, photographs, and drawings by both artists, as well as works by artists of the period, such as Paul Gauguin and Jean-François Millet. These letters, written between 1887 and 1889, are among the most important and relevant sources of insight into van Gogh’s life and art. They bridge the time when van Gogh was living and working in Paris, where he painted most of his self-portraits (mainly because he was unable to afford models), to the small town of Arles, in Provence. Here he adopted new types of compositions and developed new ideas about color–all of which he describes in detail in letters to his friend and fellow painter Bernard. Only a year later, in July 1890, van Gogh died, at the age of thirty-seven. The authors have carefully placed each letter in context of relevant events and have written authoritative commentaries on the content of the letters.