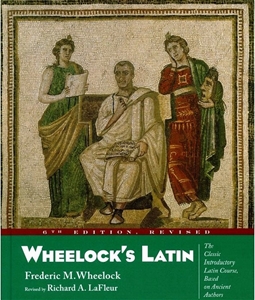 When Professor Frederic M. Wheelock's Latin first appeared in 1956, the reviews extolled its thoroughness, organization, and conciseness; at least one reviewer predicted that the book "might well become the standard text" for introducing students to elementary Latin. Now, five decades later, that prediction has certainly proved accurate.

The revised sixth edition of Wheelock's Latin has all the features that have made it the best-selling single-volume beginning Latin textbook, many of them improved and expanded:

Also included are maps of the Mediterranean, Italy, and the Aegean area, as well as numerous photographs illustrating aspects of classical culture, mythology, and historical and literary figures presented in the chapter readings.