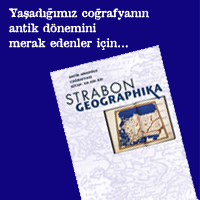 Archeological studies in the western province of Denizli’s Honaz district have unearthed tools from the Paleolithic age.  The tools were found in the same area where a 1.2 million-year-old skull fossil, called “Denizli man,” was found in 2002.  The head of the study, Ankara University academic Kadriye Ceylan said the skull was found in a travertine source and they had started further examinations at the site. Ceylan said the goal was to determine the places where the man had lived and find archaeological proof. “Along with geologist Professor Mehmet Cihat Alçiçek, who is among the team members, we have determined a few areas where these people might have lived. Surface explorations in Kocabaş have unearthed Paleolithic tools created by these people 1.2 million years ago. These tools completely overlap with this skull in terms of their historic techno-typological features,” she added. Alçiçek said the findings moved Denizli’s known history back even further. “These findings are physical remains and archaeological materials from 1.2 million years ago. They characterize an era,” he said.  Alçiçek said they had achieved very good results in the first years of their research and have applied to the Culture and Tourism Ministry to continue works in 2015. “We plan to maintain works for as long as we get permission. If we can find a settlement site, we can start excavations. It is our biggest goal to reach the cultural and physical remains of people,” she also said, adding that they presented their results every year during excavation symposiums. (Kaynak: Hürriyet Daily News)