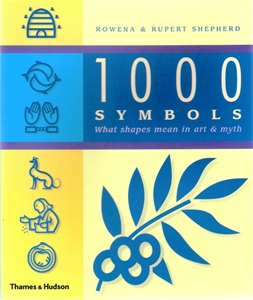 1000 Symbols What Shapes Mean in Art and Myth

1000 Symbols traces and reveals the historical and cross-cultural significance of 1000 commonly recognized symbols in a comprehensive single-volume dictionary for students and the general reader, placing each symbol in its historical and cultural context.

Symbols are often identified as an international language. However, that language is far from universal, and different symbols can mean radically different things in different contexts. A cross, a crane and a swastika each have a distinct meaning for a Buddhist or an art historian, for example, and none of its meanings is quite the same.